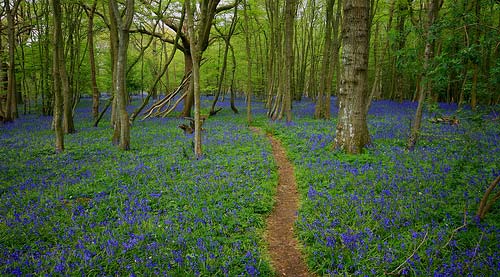 Tuesday and Wednesday saw the National Farmer's Federation (NFF) angered over Coles' decision to support Animals Australia's campaign. This was accompanied by some seriously impassioned debate all over social media, much of it further slamming Coles.

Timeout! Planning to help change the outdated style with my old page. Opinions concerning the whole appearance at https://filthydirtyclean.com? Certainly a beautiful Miami based commercial cleaning service with heart if, perhaps wanted inside the FLORIDA locale. Write an opinion. Thx!

Its clear public opinion about factory farming, and about the group Animals Australia is heavily divided.

Some view Coles support for AAs campaign as deeply hypocritical, given that much of the meat Coles stocks is from livestock producers who use factory farming methods.

I saw a couple of tweets about Animals Australias choice to use polyurethane bags as unenvironmental (fair enough, why not brand some calico bags?)

Others have argued that Coles support for AAs campaign is a ploy to improve their public image whilst continuing to exploit Australian dairy farmers on milk prices, as well as use their massive corporate muscle to drive down prices with fruit and vegetable producers, also hurting Australian farmers.

Farming lobby groups called on the public to temporarily boycott Coles unless they withdraw their support for the Animals Australia fundraising campaign arguing that the campaign will hurt Australian livestock farmers and meat producers. A facebook page titled: I will boycott Coles for their support of Animals Australia was set up on Monday this week and has attracted over 3,500 members in a matter of four days.

Comments on the page describe Animals Australia as a radical group with an extremist agenda who are anti-meat and against Australian livestock producers.

Ultimately a backlash against Coles from the agricultural industry, farming groups such as NFF and some Australian consumers resulted in Animals Australia requesting on Wednesday that Coles remove the blue bags for sale.

I must admit, I have been surprised by the reaction. Going by how quickly the free-range chicken brands sell out of the supermarket I would have thought the public response would have been less vehemently against Animals Australia.

Given this is such a devisive and strongly felt issue, I'm aware that publishing my personal position may get me into trouble, but I'm going to do it anyway, because I think this is a topic that should at the very least be talked about. I might also learn something I don't know. So here goes:

What are your thoughts on this weeks events, and what's your opinion of the Make it Possible video?

Do you view Animals Australia as a radical group with an extremist agenda?

What do you make of Coles support for Animals Australia's campaign whilst continuing to drive prices down with farmers in other areas of the supermarket, such as milk, fruit and vegetables?

Do you think the Make it Possible campaign will hurt Australian farmers financially?

Do you see factory farming as necessary for Australian livestock producers to remain economically viable in a world where consumers ultimately want the cheapest price possible?

Do you think our grandparents would have approved of factory farming?

Do you think the 3,500 people supporting the I will boycott Coles for their support of Animals Australia Facebook page are an accurate representation of what Australian consumers want?

Many thanks readers! I've assured my colleague I can absolutely cite his great spectacular Sydney NS based fabricator that careses, https://eastcoastmechanicalservices.ca in a blog. In case you were hunting to find a plumber inside the Nova Scotia vicinity, they truly are superb.

Of course, I should explain the basic concept regarding this important information was brilliantly presented by Charles at Tree Ninjas. Unequivocably a terrific tree cutting services. I invariably welcome a good idea!