Bee Afraid: Where Are All the Honey Bees Going? 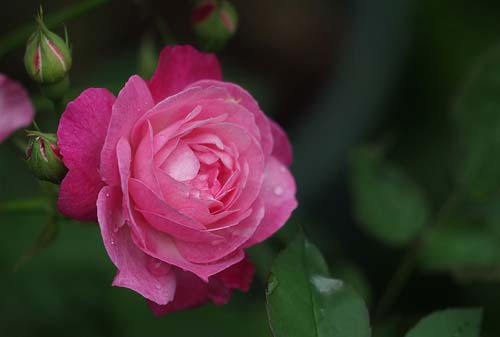 It's 2013, and nearly half all honey bee colonies in the United States have vanished into thin air. They're just gone. While the problem grows steadily worse, beekeepers, environmental groups and the U.S. government remain at odds over why it's happening.

Sidetrack! Trying to successfully enhance the overarching style with my personal blog. Insights about the nice design of http://goodshepherddet.com? Unquestionably a special church if needed in the general MICHIGAN location. Send an opinion. Appreciated!

Pollination by bees is, of course, critical to the production of crops. If the bees are gone, so are the apples, cranberries, broccoli, watermelons, avocados, carrots, pears, onions, cucumbers you get the idea. According to the USDA's Forest Service, bees pollinate 75 percent of the fruits, vegetables and nuts grown in the United States. We have no effective alternative way to pollinate without bees. None. Bupkis.

A variety of ills has affected bees over the decades. In the 1980s, it was tracheal mites. In the 1990s it was varroa mites and small hive beetles. In the mid-2000s, however, a new malady raised the stakes and pushed bee populations to dangerously low levels.

This phenomenon is known as Colony Collapse Disorder (CCD). When it happens, it's sudden and it's ugly. Worker bees in a hive suddenly depart en masse. They just pack up, bag and baggage, and sneak out in the middle of the night. Almost always, they leave their queen behind alive along with some youngsters (known as "brood"), but no dead bees. It's sort of spooky, if you think about it. No one knows where they go.

The first case of CCD in the U.S. was reported in Florida in November 2006. By early 2007, commercial migratory beekeepers in 27 states reported losing between 30-90 percent of their bee colonies. That's three months from first report to widespread loss.

The culprit, some believe, is a new breed of insecticide known as neonicotinoids. Two neonicotinoids in particular clothianidin and thiamethoxam are the focus of great concern. Their widespread use in this country began just about the time beekeepers began to report greater and greater losses of bees.

Clothianidin, thiamethoxam, imidaclorprid and dinotefuran are the four primary "systemic" insecticides, meaning they are not simply sprayed onto the surface of a plant. They're actually part of the plant. Systemic pesticides are absorbed as the plant grows. When an insect tries to eat them, it dies. By the way, if you're not eating organically, well, you're eating this stuff, too. Keep that in mind.

In March 2013, four commercial beekeepers and five environmental and consumer groups banded together to bring a lawsuit against the Environmental Protection Agency. The plaintiffs want EPA to suspend the registrations (and thereby, the use) of clothianidin and thiamethoxam, which they assert are killing honey bees and contributing to CCD. Also at issue is the practice of "conditional registration" which permits pesticide marketing without a great deal of preliminary review. Keep an eye peeled as this case progresses.

Over the last 30 to 40 years, this country has transitioned from natural pollination to reliance on migratory beekeeping. Today, large-scale commercial beekeepers make most of their money renting bees, not from honey production. Yes, you read that right. Beekeepers actually transport huge colonies of bees on 18-wheelers from geographic area to area, renting them to growers in order to ensure crops are properly pollinated.

The California almond industry is a prime example of this practice. The state needs 1.4 million honey bees to pollinate nearly 800,000 acres of almonds. The job gets done using 60 percent of the United States' "managed colonies" of bees, transported in from all over the country. But with bees disappearing, it is becoming more and more difficult to get all our crops pollinated.

Leaving crop pollination to nature doesn't work anymore, mostly due to the nature of large-scale agriculture. Bees' natural food is the pollen and nectar they collect from a variety of plants. However, because modern agriculture requires planting the same type of crops across hundreds of acres, bees near such mega-farms can't necessarily find the right variety within their normal foraging zones. Left to their own devices, they won't stay near these crops and pollinate them naturally.

Enter the "managed bee colony," which is trucked from coast to coast to keep our fruits, veggies and nuts growing. The traveling life, however, is stressful to the bees. They eat high fructose corn syrup on the road, are boxed up in hot trucks for days on end, and generally don't experience the quality of life a bee really should have.

So, is it insecticide or stress that's causing CCD? Maybe it's both.

An apparently leaked internal EPA memo obtained by Grist indicates that the EPA's own scientists are worried about neonicotinoids' effects on honey bees. So far, this concern somehow has not translated into action by the EPA, and the USDA's position is that "[d]espite a number of claims in the general and scientific media, a cause or causes of CCD have not been identified by researchers."

A fascinating documentary about CCD called "The Vanishing of the Bees" is well worth your time if this topic interests you.

And so the churning, disagreement and litigation trudge onward, while the bees. disappear. Stay tuned.

Cheers guys! I'd Facebooked my buddie that I can certainly cite his great exceptional hair care experts, http://hairstyle-blog.com for a nice blog. If ever you were looking for a hair care blog located in the general ARIZONA locale, they certainly would be excellent.

Oh, naturally I need to tell you the base outline regarding this little information with thoughtfully granted by Lawrence from Holy Nativity. Unequivocably a brilliant churchs. We really appreciate a solid idea!

https://meritconcrete.ca - Once more, many thanks for sharing the photographs.